The Overneath by Peter S. Beagle

Peter Beagle can write anything–literally anything. He’s written novels, short stories, screenplays, and songs, all many-hued in style, theme, and subject. Over his career, he’s written tales about ghost cats and teenage angst (Tamsin), restless spirits and larcenous ravens (A Fine and Private Place), cranky Italian farmers and mischievous goats (In Calabria), and of course, unicorns and love-lorn princes (The Last Unicorn).

END_OF_DOCUMENT_TOKEN_TO_BE_REPLACED

The Emerald Circus by Jane Yolen

Jane Yolen is no stranger to short fiction. As one of the preeminent authors in the field of science fiction and fantasy, she’s written over 300 books, including short stories and poetry. She also writes fiction and non-fiction picture books for kids. She’s also been called the Aesop of the twentieth century by the New York Times and the Hans Christian Andersen of America by Newsweek–massive praise that she very much lives up to.

END_OF_DOCUMENT_TOKEN_TO_BE_REPLACED

Posted by sabrina on October 22, 2017 in Author: Jane Yolen, Fantasy

Strange Practice by Vivian Shaw features Dr. Greta Helsing, a descendent of monster hunters. Instead of hunting monsters she now practices medicine for monsters. The nature of her practice, based in modern-day London, must remain secret so her patients can remain safe. That balance is threatened when a group of monks starts targeting supernatural creatures, as well as the good doctor herself. It’s up to Greta and her friends to stop the group before London falls to its knees.

END_OF_DOCUMENT_TOKEN_TO_BE_REPLACED

Posted by sabrina on September 12, 2017 in Author: Vivian Shaw, Fantasy

I beta-read Jenny Redcape when it was a work-in-progress and was privileged to see it evolve into its polished, finished form. This short story takes place in a larger story world created by Amanda Kespohl. In this medieval fantasy setting, demons plague the wilderness, but it’s humans who hold the most danger for one another.

END_OF_DOCUMENT_TOKEN_TO_BE_REPLACED

Posted by sabrina on September 12, 2017 in Author: Amanda Kespohl, Fantasy

The Forgotten Beasts of Eld by Patricia A. McKillip

I’m a huge Patricia McKillip fan, having read most of her books and short stories (and those I haven’t read, I’m saving for a rainy day), so I was over the moon when I learned that Tachyon will be reissuing her 1974 fantasy novel (and World Fantasy Award Winner), The Forgotten Beasts of Eld this fall.

END_OF_DOCUMENT_TOKEN_TO_BE_REPLACED

Posted by sabrina on September 12, 2017 in Author: Patricia A. McKillip, Fantasy

Diana Wynne Jones is one of the authors I foist on everyone who asks for a fantasy reading recommendation. Because I didn’t discover her work until I was well into my twenties (thanks to the Miyazaki film version of HOWL’S MOVING CASTLE), I try to make up for lost time and spread the word of an author whose works deserve to be widely read.

My relationship with HOWL’S MOVING CASTLE is a bit backwards. Usually, I seek out the book before watching the movie, but I didn’t in this case. Howl, a tortured wizard with a penchant for snazzy dressing and a weakness for hair dye, was the perfect animated hero. Sophie was also a nuanced heroine with a tinge of sadness so common in Miyazaki films, and Calcifer just cracked me up. I ended up loving the film and I knew I had to read the book.

END_OF_DOCUMENT_TOKEN_TO_BE_REPLACED

For our #GettingLucky Twitter love story event on March 16, I’m writing about some of my all-time favorite literary leading men. I’ll probably add a post on leading ladies in the future, since it takes two to share smoldering looks across a crowded room.

Why leading men? You can’t have a good love story without a swoon-worthy romantic lead. Some of them are dark and brooding, others a sweet and loving, some noble, others not so much, but they all have that magnetic spark that inevitable attracts their leading ladies, and the readers.

As you can probably guess, a great leading man isn’t a stock character. He has to be someone you can picture as a real person, and identify with his triumphs and travails. He sometimes falters on his quest (whether for the Holy Grail or the heroine’s hand) and loses his way, but you root for him nonetheless. I’m not going to focus on the typical romance hero, because in many ways, he is a stock character. Also, I don’t think great romances are limited to just one genre.

Quick note: there are spoilers below, as I couldn’t discuss these heroes without disclosing specific story details.

END_OF_DOCUMENT_TOKEN_TO_BE_REPLACED 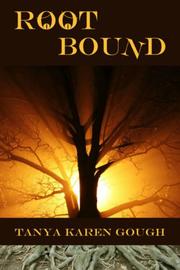 Note: I received a digital copy of this book from the publisher in exchange for an honest review.

Root Bound is the first of a planned quartet called Emma and the Elements. This middle grade fantasy series follows Emma as she comes of age and discovers how her unique magic can restore order to the mysterious land of Under. END_OF_DOCUMENT_TOKEN_TO_BE_REPLACED

Wyrd Sisters is one of Terry Pratchett’s earlier Discworld novels, focusing on his cast of witches: Granny Weatherwax, Nanny Ogg, and Magrat Garlick. The three, at Magrat’s prodding, have formed something of a coven, and meet every so often to do what Magrat considers are witchy things (like chanting over a cauldron).

Witches in the Discworld universe are generally solitary (except for when they are apprentices to a more experienced witch), and shirk structure, unlike the wizards at Unseen University. Overall, Pratchett’s witches tend to lead quiet lives and don’t have a designated leader.

Among them, Granny Weatherwax was “the most highly-regarded of the leaders they didn’t have.” She’s also disinclined to admit when she’s wrong, bears a grudge like a cat (although she hates cats), and has a habit for shelling peas at inopportune times. Nanny, on the other hand, has had five husbands, more children than she can count, and an inclination for getting hammered and singing inappropriate songs about hedgehogs and wizards’ staffs. Magrat, plain and unworldly, wants only to be a proper witch, with all the occult accoutrement that comes with it, whether her fellow witches like it or not.

If it weren’t for events outside of their control, Granny, Nanny, and Magrat would likely have continued along quietly, with the occasional arguments about whose turn it was to make the tea. When they find themselves unwittingly responsible for Lancre’s infant heir to the throne, Granny realizes that fate has aimed its beady eye at them. END_OF_DOCUMENT_TOKEN_TO_BE_REPLACED

Posted by sabrina on April 14, 2012 in Author: Terry Pratchett, Fantasy

From EW’s Shelf Life column. I’ve already bought all of the books a couple of times now and I was thinking of re-reading them, but I’m on the fence about whether I will actually buy the ebooks. I wonder what the illustrations look like in digitized form? I love ebooks for convenience, but there’s still something about paper books.